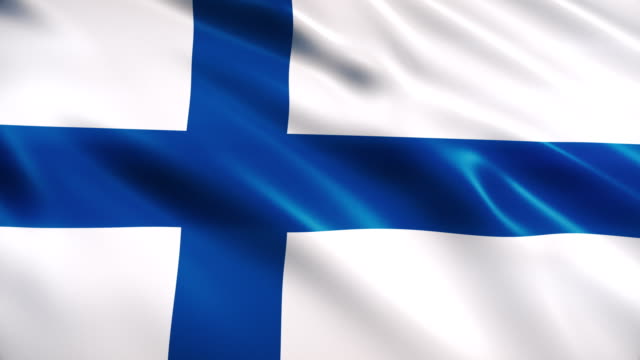 Information for the weather in Finland is available here Weather Info Here.

Finland is the seventh largest country in Europe, covering 338,145 square kilometres and is the second most northerly country in the world. It has long land frontiers with Sweden, Norway and Russia. The climate is marked by cold winters and warm summers but temperatures in winter are moderated by the influence of the Baltic Sea and west winds from the Atlantic warmed by the Gulf Stream. The mean annual temperature in the capital, Helsinki, is 5.3 degrees Celsius. The highest daytime temperature in southern Finland during the summer occasionally rises close to 30 Celsius. During the winter months, particularly in January and February, temperatures of minus 20 Celsius are not uncommon.

In the far north, beyond the Arctic Circle, the sun does not set for about 73 days, producing the white nights of summer. In the same region, during the dark winter period, the sun remains below the horizon for 51 days, creating the polar night known in Finnish as kaamos.

Capital gains tax on the sale of real estate situated in Finland are taxed at 29%. The capital gain is calculated by subtracting the acquisition cost from the disposal proceeds. Individuals and the estates of deceased persons are allowed a minimum deduction of 20%. If the property has been owned for more than ten years, the minimum deduction is 50%. When selling real property that includes buildings and/or structures, the sales price has to be broken down to reflect which portion is attributable to the land and which portion is attributable to the buildings/structures and the technical equipment permanently affixed thereon. In principle, losses related to real estate are tax deductible. If the real estate has not been used for business purposes, the loss attributable to it may be offset against any capital gains realised on the real estate during the current and following 3 financial years.

Most restrictions on Foreign Ownership have been abolished.

The most popular locations in Finland are the major cities, the capital Helsinki, with a population of 551,000, Tampere and Turku. The Helsinki Metropolitan Area (HMA) in particular is becoming increasingly popular, with property prices increasing due to the strengthening growing trade markets with the Soviet Union. Lapland situated in the northern half of the country is also a popular place due to its extensive beautiful evergreen forests and for being renowned as the home of Santa Clause, with many foreign visitors staying each year.

The cost of living in Finland on average is comparable to the rest of Europe. Basic necessities such as standard grocery foods are not expensive and property is also priced averagely compared with the rest of Europe. However, luxury imported items such, as cars can be expensive due to taxation.

It is advisable to use a solicitor/lawyer to check through the sale agreement in Finland when buying real estate, run checks with the local council read survey reports and sign for completion of contracts.

In Finland, there is a separate municipal tax on real estate. The tax is payable by those who own the taxable property at the beginning of the calendar year, even if they are non-resident investors. The tax rate is based on the taxable value of each individual estate. The general rate may vary between 0.3% and 1.0%. For permanent residences, the tax rate may vary between 0.15% - 0.50%. Municipalities decide annually, within agreed limits, what percentage will be used in their particular municipality.

Real estate tax is deductible, provided that the property has been used for rental or business purposes. All property of the taxpayer is subject to net wealth tax. However, a resident, Limited Liability Company is not liable to this net wealth tax. For resident individuals the capital tax is levied at a rate of 0.9% of the taxable net wealth exceeding FIM 1,100,000. As an exception to this general rule, non-resident individuals are taxed on any net wealth exceeding FIM 800,000.

Mortgage providers in Finland grant mortgage loans up to 75% of the value of the property, usually with fixed rate option periods for repayment. Payment terms are pretty flexible, the average being around 20 years.

For more information on buying property in Finland, please contact the Real Estate Agent or visit the Finnish Governments website:

For more information on Finland Property and to arrange your viewing visit: