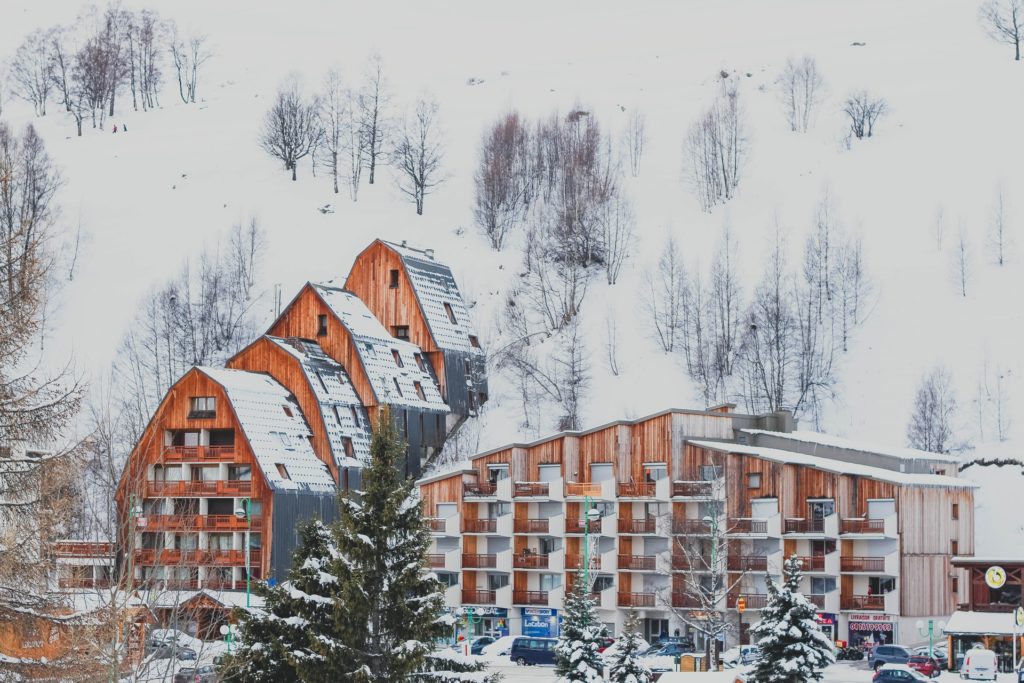 The skiing season starts from early December (along with some of the lower feeding gondolas) and runs until April depending on weather and snow fall. The slopes can be very cold (-10 degrees and below) in December and January with mid to late February (around school half term and means busy slopes on-piste) being the time the sun shines at its warmest.

Courchevel and Meribel are better known as the 3 Vallees of which Meribel was home to the Olympic games and offers a wide choice of ski/snowboard slopes (Altiport is best for beginners) from 2200 metres plus with an excellent cable car system. Great views of Mount Blanc are to be had here. Val Thorens can also be reached by cable from Meribel . Around 1000 metres below Meribel and at the bottom of the Gondola is the much quieter resort of Brides-Le-Bains (summer Spa town).

The holiday favourites of Méribel, Courchevel and Chamonix are still popular and sell well, but they are becoming increasingly expensive with very little new construction. Purchasers nowadays want good quality new apartments, near the slopes and the centre of the resort. These requirements help to explain the phenomenal success of Arc 1950, a traditionally styled pedestrian village being developed by Intrawest, the Canadian developer that helped develop the legendary resort of Whistler.

The first two phases of Arc 1950 opened this year, but purchasers are invited to sign a Priority Agreement and pay a refundable deposit of £600 to secure their place in the queue for the next phase. Prices start at around £150,000 for a one-bedroom apartment, £225,000 for two bedrooms and £375,000 for three bedrooms. Priority Agreements and more information are available through Investors in Property.

Another trend this year has been the growth of 'buy to let’ schemes - a significant reason for the success of Arc 1950. Buyers are offered a choice of classic ownership (no obligation to rent at all) and two types of letting arrangements (either two weeks or seven weeks own use). The advantage of these letting schemes is that the apartment will be rented out when you’re not using it, providing a steady income. The purchaser will also be able to reclaim the VAT element of the purchase price - 19.6% in France.

The top selling dual season resorts are Morzine and Megève in France. These resorts are all within 90 minutes’ drive of Geneva, and thanks to the budget airlines they have become “weekendable” for European buyers. The most chic (and expensive) is Megève and you can easily pay upwards of £2m for that dream chalet on the slopes, but it’s still possible to buy a small place in one of the villages around Morzine for under £200,000.

And the resorts to look out for?
Although the 'mega-resorts’ such as the Trois Vallées continue to pull in the crowds, discerning buyers are seeking out more charming villages near the major ski areas. One to watch is Sainte Foy, a charming old village at an altitude of 1,500m with great skiing of its own up to 2,600m but within easy reach of Val d’Isère and the new Paradiski area (Les Arcs and La Plagne). There are plans to double the existing ski area in Sainte Foy by putting in more lifts, but the real pleasure is crowd-free skiing and some fabulous off-piste areas.

Sainte Foy is growing, but has retained its original charm as new chalets are built to blend in with old, some of which have stood for over 100 years. The next phase of apartments and chalets will be released for sale soon. Quality is high and prices are increasing rapidly in Sainte Foy. Prices of the apartments will start at around £250,000 for two bedrooms, while you’ll pay £380,000 for a three- bedroom chalet, or £450,000 for a detached four-bedroom chalet.

For more information on French Alps Property and to arrange your viewing visit: